Taking in big fresh breaths of air isn’t the only thing your nose can do… Don’t hold your breath for too long, I’ll confess: it’s capable of adding a beautiful humming-like tone to your recitation, by producing a ghunnah. Read all about it below… 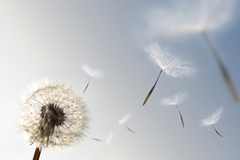 Al-Khayshoom [1]: means the nasal passage. The nasal passage is the 17th and last makhraj to be studied. It contains only one point of articulation. The nasal passage is similar to the jawf in that is an “open area”, but within the nose. From this area, a ghunnah is produced, noting that the tongue has no part in producing the ghunnah.. It’s important to understand that a ghunnah is not a letter, rather, it is a fundamental characteristic, or quality, for the letters noon and meem as it is part of their original makeup.

It is sounded whether these letters have a fat-ha, dammah, kasrah, shaddah, or sukoon. Likewise, it is also sounded when doing idghaam, ikhfaa’ or ith-haar.

To understand how ghunnah works (and its significance), block your nose completely by pinching it with two fingers, then try to say a word with the letter noon or meem, or simply sound the letter ( أنْ ) or ( أمْ ). You’ll notice that you are unable to sound these letters properly without the nasal passage being open (and producing ghunnah)!

So, this wraps up the 17 makhaarij al-huroof, with just a couple of very important points to make.

First, to figure out the makhraj of a letter, pronounce it with a sukoon, preceded by a fat-ha. Examples,

Second, note there are 28 letters in the Arabic alphabet, however, there are 31 huroof al-tajweed (tajweed letters). The extra letters are hamzah, consonant yaa’, and consonant waaw.

Keep an eye out for the upcoming topic, sifaatul-huroof: the characteristics/qualities of the letters.