Have you ever noticed some people who seem to be present, can also seem to be invisible? Or sometimes they’re loud, and at other times they’re so quiet, they’re not even noticed…? Alif can do the same. Did you ever know? Find out below..

There are seven “alifs” in the Quran that that are sounded when stopping and silenced when continuing through in recitation. These alifs are signalled by the round sukoon-like shape above them: ( o )

These seven alifs are as follows:

– All occurrences of the word anaa ( أنا ) which have this symbol. When stopping, the alif is sounded for two counts (madd tabee’ee), but when continuing recitation, the alif is just sounded as a fat-ha. Example,

– This rule applies for the following words, in its own respective manner:

Let’s note this case. Scholars of the Quran have noted that it is permissible to stop on the word salaasilaa with a sukoon, or to stop on it with two counts on the alif:

The word qawaareeraa in surat Al-Insaan, verse 16 is never pronounced as a long vowel when stopping. And it is always pronounced with a fat-ha when continuing. This also applies for all the occurrences of the word “thamood” (that contain this silent alif).

That’s all for this tajweed rule. Too easy. 🙂

At noon, you look up and see the skies are clear, you notice the mirror shines, free of marks, the glass on the bench twinkles as it catches some light, a perfect picture. Can anything be so perfect and clear? Noon, maybe?

Recall the post Al-Noon Al-Saakinah: Rule Four, Al-Idghaam. There we noted that if the letters laam, raa, yaa, noon, meem, or waaw followed a noon saakinah, idghaam (with or without ghunnah) must be sounded. But there was a very particular condition which stated that this can only occur over two words, never in one.

Ith-haar Al-Mutlaq[1] may be literally translated to “Showing Absolutely”, so basically, totally pure and perfect pronunciation of the noon letter. This tajweed rule applies for those times when a noon saakinah is followed by one of the above letters, but within one word.

And as per the name of the rule, the noon must be pronounced clearly, with no ikhfaa or idghaam whatsoever. There are four words in the Quraan which apply, and they are as follows,

Al-Dunyaa (in all it’s occurrences)

Did you ever notice this? 🙂 Go back and note that all the noon saakinahs were followed by one of the idghaam letters – but you had always pronounced the noon clearly (I hope, at least!)

That’s all for this rule. Just a side note, sometimes it’s also named shaath[2].

Have you ever wondered why the latest and greatest things are referred to as “cutting edge”? Like, cutting edge technology, or cutting edge research… Are there such things as cutting edge words? What about cutting off people in mid-sentence? Mid-word? Is there anything cutting edge enough to do that? Maybe a cutting hamzah… 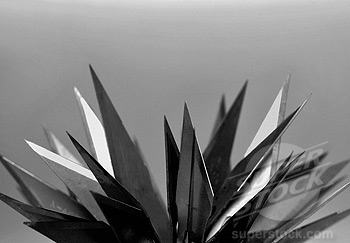 Hamzatul Qat’[1]: the cutting hamzah is represented by the following symbol ( ء ). It should not be mistaken with the letter alif ( ا ), but it should be noted that it often occurs on the alif ( أ or إ ). This post will cover some general rules about the hamzatul qat’, while also taking a close look at the letter itself.

The hamzatul qat’ sound is produced by cutting off the air stream at the top of the windpipe (then letting it go for a breath, of course!). It is similar to pressing the stop button on a tape player in mid-word.

The hamzatul qat’ can be found in a number of places within a word:

At the beginning it may appear as:

At the end of the word, it may appear on the line:

The hamzatul qat’ also appears on the three voweled letters, and on a spike (commonly referred to as a “chair”) of it’s own.

On the alif, it can appear at the beginning of the word as shown previously, at the end of a word, or in the middle of a word:

Appearing on the waaw under certain Arabic grammar rules, the hamzah looks like so:

The hamzah appears on the yaa at the end of the word as so:

Appearing on it’s own tooth, chair, or spike, the hamzah is written like so:

From the above, we can observe that whenever a hamzatul qat’ enters on a harf madd, the harf madd is not sounded, rather the 2 vowels are cut simply into a fat-ha, dammah, or kasra. After all, it is the cutting hamzah!

Let’s observe some of the tajweed rules involved with this hamzah.

When the hamzatul qat’ is preceded by a hamzatul wasl, there are two rulings.

If the hamzatul wasl is dropped, because the word starting with it is connected to the preceding word, then the hamzatul qat’ is sounded as per normal. Example,

If the hamzatul wasl is NOT dropped, because the reciter is starting at that word, then the hamzatul qat’ is dropped, and the harf madd it is “sitting on” is sounded for 2 counts. Example,

To break it down, the process is simple. The hamzah on the 2nd letter (i.e. the hamzatul qat‘) is “transferred” onto the hamzatul wasl, and the respective diacritic is assigned such that a madd badal is can then be sounded. Based on this process, the word above is read as أُوتُمِنَ

Another example is as follows. In this word, the hamzatul qat‘ is replaced by a yaa’ madeeyah such that the word “i-i-tinaa” beocomes

When a word ends with hamzatul qat’, whether on a yaa, or on the line, the hamzatul qat’ must be voweled for two counts. Example,

There is one occurance of this in the Quran (where a hamzatul qat’ precedes a hamzatul wasl). This word has the “ease of pronunciation” rule applied to it, because it is very difficult for the tongue to pronounce. It also ties in with the grammar rule about the impermissiblity of two saakin letters being together.

Try it for yourself: block off your airway with your tongue, then move it back to say a slient ayn, and notice that your tongue cannot be at 2 places at the same time.

As a final note, remember that hamzatul qat’ and qalqalah are complete opposites. Many people who stop at a word ending with a hamzatul qat’ will sound a small “ehh” qalqalah.

You can test to see if you sound this small qalqalah by doing two things:

1. Place four fingers over your mouth and say a word that ends with hamzatul qat’. Example, samaa’

If, on your fingers, you feel a small amount of air being released at the end of the word, then you must be sounding this qalqalah (because the airway passage wasn’t cut off). Keep practising until you no longer feel this breath of air.

2. Record your voice for a few seconds, as you say “aaaa”. Play it back, and mid way hit the stop button. Compare that to what you sound like after saying a word that ends with hamzatul qat’. If you can notice that “ehh” sound, then you are not fulfiling the rights of this letter. Which means only one thing: practice.

For those who may be familiar with something called ishmaam and rawm, then I know what you’ll be protesting about. But that’s to discuss in another post.