The first rule for Al-Meem Al-Saakinah looked at the succession of a meem after a meem saakinah (مْ).

The second rule looks at meem saakinah followed by a baa (ب). 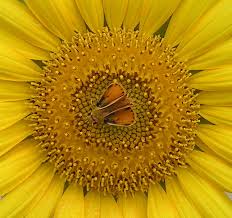 Rule two: Ikhfaa Shafawee (Hiding the sound by the use of the lips)

The second rule is enacted only when the latter baa follows a silent meem (meem saakinah). The condition here is that the baa must be mutaharik, i.e. have a diacritic (fat-ha, dammah, kasra).

The sound of the meem is hidden and the lips are shaped, ready to pronounce the baa. You may ask how can the meem be hidden? The answer is simple: do not press your two lips together completely [as you would if you were to pronounce a full meem]. Leave a very little gap and let the sound of the meem come from the deeper part of your mouth while you prepare to say the baa. By letting the meem come from the inner mouth, it’s sound stays encapsulated behind the teeth, and so the meem is hidden. Remember that this rule is carried out for two counts, i.e. the time it takes to say the words, “one – two”.

On a different, yet very important, note…

And one last thing to recall…

At the end of the meem rules, I keep using the word “shafawee“. This is very important to distinguish the normal noon saakinah/tanween idghaam/ith-haar/ikhfaa from the ones done by the lips for the meem saakinah.