If you’ve made it to this point… then know that you’re just 6 counts away from finishing the foundational tajweed rules! 🙂 One last omph and you can badge up a .:mujawwid/ah:. tag and stick it on your galaabeeyah 🙂

Both types of madd laazim harfee only apply to those chapters in the Quran that start with letters. Some of these surahs include Surat Al-Baqarah, Surat Maryam, and Surat Qaaf. Each surah begins with letters that have a special case, all of which the al-madd al-laazim tajweed rule covers. 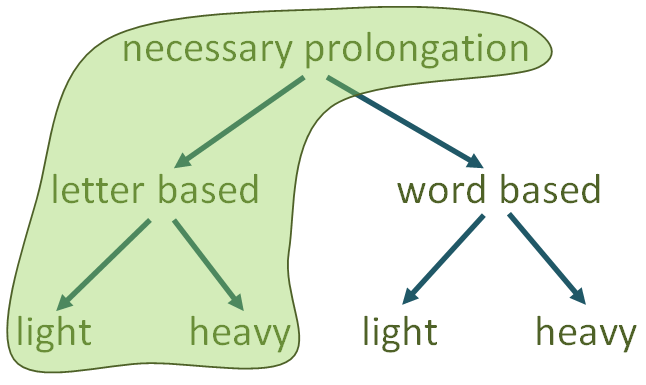 First it should be noted that there are 3 exceptions.

The first of which is the letter alif ( ا ). This letter is not prolonged, rather it is said plainly: “alif”.

are only prolonged for 2 counts. You can remember these letters by remembering the phrase

Note: these letters are not said as they are in the alphabet. Meaning, you do not say yaa’ ( ياء ) rather, only yaa ( يا ) is said. This applies for all 5 letters.

The last exception is the letter ‘ayn (  ع ). This letter, as agreed upon by many scholars, can be prolonged for 2, 4, or 6 counts with 4 counts being the preferred length. I haven’t completely grasped the wisdom behind this – maybe you could input your knowledge of this exception. 🙂

Al-madd al-laazim hafree muthaqal (heavy letter based necessary prolongation) only occurs in one form (in the Quran).  It is where one of the letters (at the opening of a surah) is pronounced using three sounds, where the middle sound is a harf madd and the last sound is merged with the beginning sound of the next letter.

Let’s put this into context. The opening of Surat Al-Baqarah is alif – laam – meem.

One of these letters is pronounced with three sounds. It is laam.

The next letter after laam is meem. The last sound of laam is “mm” and the beginning sound of meem is “mm”, hence the two “mm” sounds are merged during recitation, fulfilling the conditions of heavy letter based necessary prolongation.

Al-madd al-laazim hafree mukhaffaf (light letter based necessary prolongation) applies to those letters which do not merge. Each letter is prolonged for 6 counts, except where the above exceptions occur. The letters for this type of madd have 3 sounds. The middle is a harf madd, and the end is a saakin (hence why no merging occurs). An example is the letter qaaf.

The letters that apply to this type of madd are,

You can remember these letters by remembering the phrase,

Examples of light letter based necessary prolongation are as follow [where cts = counts]:

I’ve run out of breath. Hope everything makes sense.

If you need any clarifications, buzz through. 🙂

– ‘Tajweed Basics Foundations And More’ covers a range of mudood